Lisa Randall, a Professor of Physics at Harvard, was Fareed Zakaria’s GPS this morning talking about her new book Knocking on Heaven’s Door.  She’s excited about “An era of experiment that will tell us very fundamental things about the nature of matter.”  But the focus on physics experiementation has shifted from America to Europe and the Large Hadron Collider, the enormous particle accelerator in Switzerland.  She is concerned that “We don’t have a vision for how to fund fundamental science” and that our society (at least as evidenced by the Republican primaries) is quick to “ignore what’s been shown scientifically.”
Fareed also interviewed Daniel Kaheman, author of Thinking, Fast and Slow.  Kaheman argues that fast thinking—intuitive and emotional—has become dominant in our culture.  He recommends more slow thinking—the effortful, deliberate, hard work of thinking things through.  Amazon summarizes:

Kahneman exposes the extraordinary capabilities—and also the faults and biases—of fast thinking, and reveals the pervasive influence of intuitive impressions on our thoughts and behavior. The impact of loss aversion and overconfidence on corporate strategies, the difficulties of predicting what will make us happy in the future, the challenges of properly framing risks at work and at home, the profound effect of cognitive biases on everything from playing the stock market to planning the next vacation—each of these can be understood only by knowing how the two systems work together to shape our judgments and decisions.

We’re also looking forward to reading Willpower: Rediscovering the Greatest Human Strength, Roy F. Baumeister collaborates with renowned New York Times science writer John Tierney on the subject of self-control.  Baumeister discovered that willpower operates like a muscle and can be strengthened with practice.
Our search for more good science led us to the Guardian’s list of the 100 Greatest Nonfiction Books.  Five science books make the list:

On the Origin of Species by Charles Darwin (1859) Darwin’s account of the evolution of species by natural selection transformed biology and our place in the universe
The Character of Physical Law by Richard Feynmann (1965) An elegant exploration of physical theories from one of the 20th century’s greatest theoreticians
The Double Helix by James Watson (1968) James Watson’s personal account of how he and Francis Crick cracked the structure of DNA
The Selfish Gene by Richard Dawkins (1976) Dawkins launches a revolution in biology with the suggestion that evolution is best seen from the perspective of the gene, rather than the organism
A Brief History of Time by Stephen Hawking (1988) A book owned by 10 million people, if understood by fewer, Hawking’s account of the origins of the universe became a publishing sensation

We recently reviewed Brain Rules by John Medina on Getting Smart and found it a highly relevant and readable summary of the implications of brain research for teachers and parents.
Here’s to more good science in 2012. What’s on your science reading list? 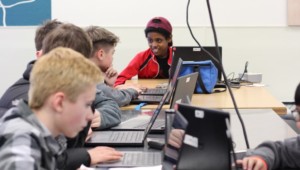