On his show and in his blog Fareed Zakaria argued that there is no evidence to the current Republican mantra about taxes and regulation stifling growth.  He thinks the answer is pretty clear–we need to invest in infrastructure and improve educational outcomes.

Only five years ago, American infrastructure used to be ranked in the top 10 by the World Economic Forum. Now we’re 24th. U.S. air infrastructure has gone from 12th in the world to 31st – roads from eighth to 20th.
The drop in human capital is even greater than the drop in physical capital. The United States used to have the world’s largest percentage of college graduates. We’re now number 14, according to the most recent OECD data, and American students routinely rank toward the bottom of the developed world in international tests.
The situation in science education is more drastic. Even with the increase in college attendance over the past two decades, there were fewer engineering and engineering technologies graduates in 2009 (84,636) than in 1989 (85,002). Research and development spending has risen under Obama, but the basic trend has been downward for two decades. In percentage terms, the federal share of research spending – which funds basic science – is half of what it was in the 1950s.

A few Republican gubernatorial candidates appreciate these facts but we don’t hear much about education and infrastructure from presidential candidates. 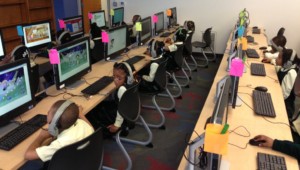 Growth Mindset is More than a Colorful Bulletin Board