Summer education politics are unusually interesting this year with what Rick Hess called Duncan’s Backdoor Blueprint.  As is typical, Andy Rotherham’s more measured annotated take adds detail.  Hess responds with a clever (and frightening) future take exploring the Duncan Precedent.  Rick and Andy are closer to this debate than I am.  Far from the beltway, five things are becoming clear:

When you put all that together, it makes clear the importance of the learning innovation agenda.  We can’t get dramatically better results from a cheaper version of what we’ve been doing for decades.  Our schools, particularly our secondary schools, are obsolete.  We need new tools and new schools that help students and teachers succeed.
As interesting (and maddening) as education politics are, I’m going to leave the reporting and analysis to Michele & Alyson, RiShawn & Whitney, Rick & Andy.  I plan to stay focused on the future of learning—that’s where the solutions will emerge, not from the tired (often intractable) edreform debates of the past.
Next week, our team will be launching GettingSmart.com, a site devoted to innovations in learning.  We will continue to focus on K-12 applications, but will expand our coverage of innovations in informal, early, and adult learning.  We will cover learning entrepreneurs, investors, technologies, and strategies. We will build a community of learners optimistic about the potential of connecting more young people to the idea economy through personal digital learning. 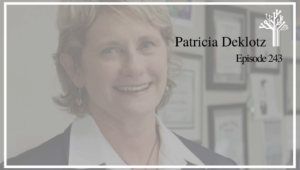 The Future of VR & AR in Education