WWPL in Boston reports that

A prominent state lawmaker on Tuesday ripped the Board of Elementary and Secondary Education for placing “arbitrary” restrictions on the expansion of virtual public schools in Massachusetts, questioning why student options were being limited.  Rep. Martha Walz, the former chair of the Committee on Education and an author of the 2010 education reform law, harshly criticized the board that voted recently to deny Greenfield’s application to expand its virtual school to include grades 9-12, and a similar application from Hadley to start its own virtual middle and high school.
Both districts were seeking a waiver from state regulations requiring that 25 percent of students enrolled in a virtual school reside in the district.  “What the board is trying to do is keep us in the dark ages,” Walz told the News Service after testifying before the Committee on Education on behalf of two bills she has filed to expand access to virtual schools.

Here’s the background, through the ironically titled Innovation School Initiative the Board of Elementary and Secondary Education capped student enrollment in virtual schools at 500, required that 25 percent of enrolled students live in the host district, and limited the number of students from outside districts to 2 percent of the sending district’s school population.
It’s crazy barriers and restrictions like the Massachusetts board enacted that led to Digital Learning Now, a state policy framework that encourages choice to the course with funding that follows students to the best learning experience.
WWPL continues:

Virtual schools, according to supporters, offer students another alternative to traditional public schools for students who might be unchallenged by traditional curriculums, learn at a different pace, or can’t attend regular school because of a medical condition, expulsion, or incarceration.
One Walz bill (H 1960) would restrict the BESE from setting any type of cap or limitations on student enrollment in public virtual schools, building on what the state has learned relative to funding, enforcement of student attendance and other issues with online learning.

Both Commissioner Chester and Secretary Reville have told edReformer that these limits are about adequate oversight of statewide schools more than restricting online learning.  If that’s the case, we’d like to see multiple providers authorized statewide so that Massachusetts students have real options. Student Choice to Prepare Students for the Future of Work 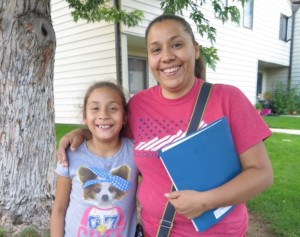