The challenges of our time appear to have outstripped out civic problem solving capability. The Great Recession triggered by financial crisis of 2008 was caused, in part, by unmanaged risk associated with financial products that even the senior executives of large institutions did not fully understand.  Federal oversight proved to be wholly inadequate.  The Gulf Oil spill and the drowning of New Orleans after Katrina are examples of horrible manmade disasters caused by the breakdown of complex systems. Japan was not ready for worst-worst case scenario-an earthquake, tsunami, and swamped nuclear plants.
Almost a decade ago, Thomas Homer-Dixon posed what might be the most important question of our time: Are we smart enough to solve the problems we’ve created?
Federal governments are good at starting things but bad at stopping things.  U.S. entitlement programs are slowly bankrupting the economy but aging voters want benefits without costs.  Subsidies, deductions, and military bases are political cocaine we can’t kick.  Congress is more partisan—reflecting political parties purging their ranks of moderates—and less capable of solving problems than ever before.  The idea economy outstripped our civic capacity.  Homer-Dixon explains:

The challenges we face converge, intertwine, and often remain largely beyond our understanding. Most of us suspect that the “experts” don’t really know what’s going on and that as a species we’ve released forces that are neither managed nor manageable. This is the ingenuity gap, the critical gap between our need for ideas to solve complex problems and our actual supply of those ideas.

The gap between our complex interrelated problems and our feeble civic problem capacity calls for intentional efforts to build a smart culture and smart public policy
Recognizing that regions and economies with better-educated populations win, policy makers and foundations have adopted the ‘all students college and career ready’ mantra.  But elementary and secondary schools have also been slow to respond to the idea economy.  A system based on age cohorts slogging through a print curriculum on an agrarian calendar was not designed to be responsive, it was designed to sort the compliant and well-supported young people from those destined for manual labor.  Even the best prepared in this system are not well equipped for the idea economy.
A flexible schools-as-a-service education system (discussed yesterday) and a much better educated populous is part of the solution. We’ll also need to find  a way to take some of the money out of politics and make it possible to elect problem solvers. 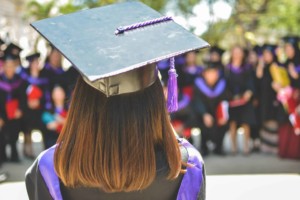 Champion the Class of 2021: A Timely Impact Opportunity