Below is a press release from The National Coalition for Public School Options discussing their call on the Florida Legislature to increase access to public virtual education by adopting Senate Bill 1620.
-Read Tom’s blog on Senate Bill 1620, Florida Poised to Retain Digital Learning Leadership
—
FOR IMMEDIATE RELEASE                                                                                        Contact:  Brian Kennedy
March 28, 2011                                                                                                                             866-559-2874
Florida Parents Endorse Virtual School Legislation
Tallahassee, Fla. – On behalf of thousands of Florida families and students, the Florida Chapter of the National Coalition for Public School Options today called on the Florida Legislature to increase access to public virtual education by adopting Senate Bill 1620, sponsored by Senator Anitere Flores.
“It’s time Florida show the same leadership in providing full-time public online learning options that it has shown in providing individual online course offerings,” said Wendy Howard, Chairwoman of the Florida Chapter of the National Coalition for Public School Options.
While for nearly a decade Florida has led the nation in providing public school students access to individual online class offerings, it ranks relatively low in the number of students enrolled in full-time public online schools and learning programs.  SB 1620 seeks to open the door to public virtual schools by creating more options and relying on parent choice and not school district administrators to drive online school enrollment.
“For the past two years, Florida has looked to school district administrators to create more options for students who need access to online public schools,” said Howard.  “It simply has not worked.  Two years later we have seen little growth in full-time online school enrollments, and we still are falling behind many other states. In fact, a recent report found that Florida trailed many other states with only approximately 2,400 students enrolled in the district full-time programs.”
Howard continued, “The districts do not promote their programs, limit access, and are looking for low cost providers so they can pocket the savings. In Florida’s largest district, Miami-Dade, with nearly 400,000 total enrollments, fewer than 100 students are enrolled in their online school program.  In Broward County, a district official recently sent an email notifying parents that he opposes SB 1620 because his program had no interest in competing for enrollments and having to expend the resources necessary to have a competitive program.  Relying on district programs is not a workable model if our focus is on students and the goal is access to quality full time online public schools.”
Under current Florida law, school district administrators, not parents, chose what full-time online public school program a student can attend and limit those families’ options to only the program the district provides.  Currently, even when there are multiple state-approved programs that may fit the student’s learning needs better than the program offered in his or her resident district, a student is not allowed to access the another option, even though it is merely as accessible as their computer.
Recognizing district programs have proved ineffective at creating access, SB1620 opens the door for more access to full-time public virtual schools by allowing for open enrollment and authorizing full-time online charter schools to utilize quality curriculum approved by the Florida Department of Education.
“Open access to numerous options has proven successful in over twenty other states,” said Howard.  “In the past two years, full-time enrollments in Georgia have grown to 6,000 students, South Carolina to 4,500, while in Florida we have seen little growth in the number of enrollments. If Florida is to realize the promise of online learning, it must adopt these effective models that give parents more choices of state approved online schools.”
Also, current Florida law restricts students who have not previously been enrolled in a bricks and mortar public school.  A new student moving to Florida or who wants to transfer from a private school is not permitted to enroll in a public virtual school.  The same enrollment restriction faces a student suffering from a health condition, like deadly peanut allergies, that does not permit the student to mix with the general student population.  This discriminates against taxpaying Florida parents who want their children to enjoy the same access to a virtual school education as their neighbor’s child is granted.  SB 1620 would eliminate these inappropriate artificial barriers for student access to public schools.
SB 1620 has broad support.  It is the product of a large coalition of education leaders and school choice supporters who examined all of Florida’s school choice programs to determine what needed to be improved upon in order to ensure every child has equal access to the model of school that would best serve his or her needs.  The legislation builds on the proven track record of several successful virtual school programs, and offers how to best create access for all families to those programs.
SB 1620 advances the virtual education reform agenda that Governor Rick Scott has called on the legislature to embrace, recognizing that every student is unique and therefore should have access to varying curriculums, styles of instruction, and means of receiving a high-quality state-approved public online education.  The legislation also contains many of the 10 Elements of High Quality Digital Learning that have been developed and championed by the Digital Learning Council co-chaired by former Florida Governor Jeb Bush and former West Virginia Governor Bob Wise. 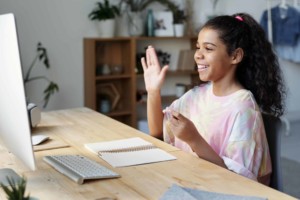