EEP co-chair and NCLR president Janet Murguia writes in the Huffington Post urging Congress to pass the DREAM Act, which would allow hard working students who arrived here illegally as minors a path to citizenship if they serve in the military or attend at least two years of school at a four-year college or university.  EdWeek reports that students across the country also want the DREAM Act to become a reality. (EEP strongly supports the Dream Act!  Find out more about the Act and how you can get involved here.)

But then there was this:

GOOD magazine interviews political scientist Cathy Cohen and her organization, The Black Youth Project, an online research-based hub for black youth between the ages of 15 and 25.


We are running a segment from this article:

GOOD: Given all the education reports focused on black student achievement, what are you hearing from black males—and black females—about their school experiences?CATHY COHEN: One of the questions we ask them in our research is, “Do you think that on average young blacks receive a poorer education than young whites?” Fifty-four percent of young blacks believe that on average black youth receive a poor education, and only thirty-one percent of young whites see the world that way.
When you have a chance to talk to young black people about why they answer this way, they talk about their schools having less funding, how their teachers aren’t really equipped to educate young black people. They also talk about the missed opportunities and the bad decisions they make in regards to education. Far from establishing themselves as victims or blaming their teachers, they’re much more willing to talk about their own decision making.
For young black men, these themes continue, but they’ll often talk about teachers not really relating to them, or what did it mean to be assigned to a special education class when you don’t have a learning disability. The educational system, while it’s not seen as irrelevant, it’s not seen as engaging or even necessary to many young black men.
GOOD: What’s happening in our schools that causes this black male disengagement?
CC: Unfortunately many of our schools approach young black men not as adolescents, but as full-fledged males who are to be feared rather than engaged. The entry ways of schools are militarized and our kids have to walk through a metal detector. Young black males understand that there’s a need to be safe, but this also provides a direct message to them that they’re suspects. They’re not walking into the building as a student, but as someone who needs to be watched, controlled, and regulated. We do a real psychological disservice to young black men when we signal to them that we have a level of fear of them as opposed to thinking about how to engage and support their excellence.
GOOD: What are some of the must-access features of the Black Youth Project for educators?
CC: We want to help educators enhance their professional development and understanding of black youth, so we have every major report that’s been issued about black youth, covering both their learning environment and education, as well as reports on the political issues and employment issues affecting them. These can inform a teacher’s understanding of the social context in which young black people exist, and the knowledge and inroads we’re making around supporting their culture and learning environment.
We have examples of curriculum that focuses on young black people—both the data and content a teacher needs. For example, a teacher that’s thinking about creating a course on race and young people can go to the site and get a model of that unit for high school students.
We also archive every story from the major papers written about young black people. If teachers want to introduce a current events project to their students, they can use that archive of articles as content.
Also, because all of our blogs are by young black people, I’ve seen teachers have their classes write commentary on the blogs as a way of engaging students in critical issues, and it gets kids in the habit of writing something weekly, and writing in different formats.
GOOD: Can teachers get their students involved in blogging for the site?
CC: Yes, they can contact us through the site. Just type in a note saying they’d like their students to be able to blog for us. We can set up their own class page, or we can have one guest blogger representing their class. We want to make the site available to young people and to their advocates, to highlight and lift up the voices of young black people, so we’d be very happy to work with teachers to figure out some means to have their students see their voices on the web. 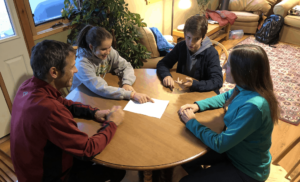 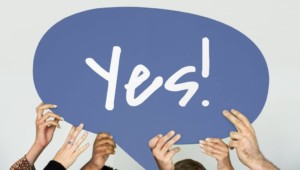