For how many hours did I stand before a mirror and rehearse a semester’s worth of speeches for the communications portion of my ninth grade English year? And how many essays did I write, packaging my intuition and research-guided thinking into a persuasive argument, to deliver how many pages of text to professors at five a.m. via email?
The future will not be about seeing humanity through humanism’s centuries of thought and ideals, it’s about being data and processing that data into information, in order to be happy. If this doesn’t make sense, then read this NYTimes article about the Data-Driven Life, in which Gary Wolf proves that quantifying every step of existence will be our new global culture.

Ubiquitous self-tracking is a dream of engineers. For all their expertise at figuring out how things work, technical people are often painfully aware how much of human behavior is a mystery. People do things for unfathomable reasons. They are opaque even to themselves. A hundred years ago, a bold researcher fascinated by the riddle of human personality might have grabbed onto new psychoanalytic concepts like repression and the unconscious. These ideas were invented by people who loved language. Even as therapeutic concepts of the self spread widely in simplified, easily accessible form, they retained something of the prolix, literary humanism of their inventors. From the languor of the analyst’s couch to the chatty inquisitiveness of a self-help questionnaire, the dominant forms of self-exploration assume that the road to knowledge lies through words. Trackers are exploring an alternate route. Instead of interrogating their inner worlds through talking and writing, they are using numbers. They are constructing a quantified self.

That “quantified self” is the new consumer. Or, rather, the new production assistant in a global data swarm that lives in the digital cloud. If communication is the solidifying element in a culture, then data is our new communication element, and data drives the pathways of our culture.

Web entrepreneurs like to talk about democratizing communication. Fyfe’s dream is to democratize objective research on human subjects. “Until we came up with this technology, you couldn’t do this kind of analysis unless you could get into a lab,” he says. “Now you can.”

It’s not all bad. It’s not even scary. In fact, the blending of technology with real humanity offers a chance at helping so many people along a pathway to better lifestyle choices, better mental health, and a kind of awareness that makes learning a part of an active waking life. Wolf argues that without computing technology to monitor and transmit this data, we often look at our self struggles as through a mirror darkly, looking for meaning by digging through a mire of more meaning. That’s like using a flashlight to find a ring in a bucket of white paint. Sure, as you plunge into the paint up to your wrist, the light might illuminate something, but will you see it?

Take this example, from later in the Wolf article:

Jon Cousins is a 54-year-old software entrepreneur and former advertising executive who was given a diagnosis in 2007 of bipolar affective disorder. Cousins built a self-tracking system to help manage his feelings, which he called Moodscope; now used by about 1,000 others, Moodscope automatically sends e-mail with mood-tracking scores to a few select friends. “My life was changed radically,” Cousins told me recently in an e-mail message. “If I got the odd dip, my friends wanted to know why.” Sometimes, after he records a low score, a friend might simply e-mail: “?” Cousins replies, and that act alone makes him feel better. Moodscope is a blended system in which measurement is supplemented by human sympathy. Self-tracking can sometimes appear narcissistic, but it also allows people to connect with one another in new ways. We leave traces of ourselves with our numbers, like insects putting down a trail of pheromones, and in times of crisis, these signals can lead us to others who share our concerns and care enough to help.

As a former teacher, I may have not encountered extreme examples like this, but I met plenty of students whose abilities as a learner were impaired by lack of self awareness. In an environment where one needs to collaborate, communicate and ask open questions to seek answers, it is a very difficult thing for one’s self and for others to find knowledge in that space when one cannot see the forest for the trees. Perhaps the use of better data devices in learning will not only help students come to terms with their own learning issues, but it will help them also understand their own psychology. And at an adolescent stage, that is a mighty benevolent gift. That’s insight. That clears the mind for working and learning.
Like this guy who had sleep apnea and faced some real horrifying prospects:

“Here’s what they told me was the normal surgical course of treatment,” Adler explained. “First they were going to cut out my tonsils, and if that didn’t work, they would break my jaw and reset it to reposition my tongue, and finally they would cut out the roof of my mouth. I had one question: What if my case is different? They said, ‘Let’s try the standard course of treatment first, and if that doesn’t work, then we’ll know your case is different.’ ” Adler recognized what this proposal meant: it meant that his doctors had no cure for different. They wanted to see him as a standard case, because they have treatments for the standard cases. Before Adler underwent surgery, he wanted some evidence that he was a standard case. Some of us aren’t standard, after all; perhaps many of us aren’t.

History shows us that civilization has gone through one big Enlightenment, but probably also several micro-Enlightenments, moments in time that showed us that we could be better, or at least different than our standard story: the Civil Rights movement; the crossing of the Atlantic in an airplane, solo, for the first time; Armistice day. Our next great enlightenment is when we bring great technology, great teachers and a collaborative education system in line with what we know it is useful to want and practice, not what we guess or assume would be helpful. 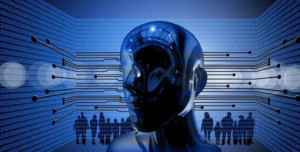 Artificial Intelligence: Implications for the Future of Education