She writes:
As you may know, my research focus for my PhD is educational games and augmented reality. But what is this educational games stuff all about, anyway? Do video games really have the potential to support learning?
To give a general overview of the topic, I’d like to share some of the key points of a literature review on the topic. The review was published a few years ago (2007), but still points to some interesting research. It’s called Educational Video Game Design: A Review of the Literature and is by Mary Jo Dondlinger. It focuses on thedesign aspects of educational games, rather than just what players learn from them.
The first order of business is to sort out the difference between edutainment and educational games. I often wondered why there were so many terms for what seemed to be the same thing. As it turns out, the research world sees these two as being different. Edutainment refers to something pretty linear, whereas “educational video games require strategizing, hypothesis testing, or problem-solving, usually with higher order thinking rather than rote memorization or simple comprehension.”
Effective Game Design
The elements of effective video game design described in the review include motivation, narrative context, goals and rules, and interactivity. These are some of the key points from this section:

In terms of learning theories applied to educational games, the literature seems to focus on contructivism, constructionism, and situated cognition.

Constructivism is a learning theory that suggests knowledge and meaning is constructed from the learner’s experiences.

In an article describing the multi-user virtual world, SciCtr, Corbit (2005) underscored the merits of a constructivist approach for analyzing game-like environments. In SciCtr, students create virtual science worlds, such as rainforests or deserts, that other learners can visit and explore. According to Corbit, these worlds, the paths to navigate through them, and content embedded in them, are constructed by the developer/learner through meticulous research and thoughtful design.

Constructionism is inspired by constructivism, but not quite the same thing. It says that learning is most effective when the learner can build some sort of tangible object in the real world. While this seems at odds with video games, it is easy to imagine the many things that are constructed in them. My own first thought is The Incredible Machine, one of the few games I played (rather than watch someone else play) as a kid. Examples in the review include creating instead of playing video games as well as having architecture students model their designs in a game-ready engine.

Finally, situated cognition is a theory I’m more familiar with because of its close tie to augmented reality. As Wikipedia says, “knowing is inseparable from doing” since “all knowledge is situated in activity bound to social, cultural and physical contexts.” One of my favourite examples of this is Environmental Detectives, a location-based (and, according to some definitions, augmented reality) training game situated in a real-life setting that is explicitly tied to the game content. “According to … scholars, the authentic, situated context affords greater content mastery and transfer of knowledge than a traditional classroom learning.”

What can actually be learned from playing an educational video game? These are the key outcomes listed in the review:

So there you have it – much of the literature supports the idea that video games can help us learn. I suppose the next step would be to see why do many so-called educational games are either boring or not deemed to be classroom-suitable. 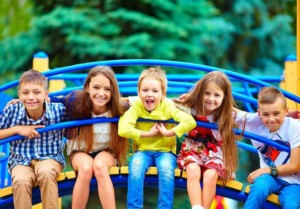 I'd like to know how closely a new classroom simulation called simCEO fits into the Educational Games model. It is called simCEO, and seems to cover all the areas shared - located at www.simceo.org
In the sim - which is entirely online - students:
1) create businesses in an environment chosen by the teacher (NYC today, Beijing in 1920, etc.)
2) research each others' business
3) manage a portfolio by buying/selling shares, thus immediately influencing the share prices.
BTW, I loved the last line of the post:
So there you have it – much of the literature supports the idea that video games can help us learn. I suppose the next step would be to see why do many so-called educational games are either boring or not deemed to be classroom-suitable.
When educators start to become familiar enough at design that the classroom contains many games that meet these criteria, we'll know technology has fully arrived in the educational world.