The video clip in this post comes from the feature documentary Web, which will be out later this year.


We’ve written on this site before about the merits of social learning. And we won’t stop doing so. Lidia, a young girl in the Peruvian Amazon, shows what positive change digital learning can provide. Her quote, which I will write again, is crucial:

I’m very interested in cultural evolution — how communities, societies and cultures organize their thinking and their lives to create cohesive social elements that tell their story to themselves and others as a people, so that they remain a people, but grow as a people into what they need to be. I’ve taken a few anthro classes, but this is my definition. You won’t be able to hold me up to a book to judge if I am right. But I do believe this. Just like our dreams tell us something about our conscious selves, the small things we do every day in our daily cultural experience tells us something about who we are collectively as a people. It keeps us tuned.
The advent of the Internet, says Robert Wright, author of Nonzero: The Logic of Human Destiny, has accelerated changes to this evolutionary model, and we are seeing a “quantum leap” in how people think, and engage with other cultures like no other time in the history of the world. This has tremendous implications for the education model. A digital education model that uses technology to tap us all into the thoughts and cultures of others is an education model that would inevitably turn most of our standardized processes of learning and working on their heads. Cool. This means our culture, our digital learning culture, is much more than the people we see everyday.
Back to Robert Wright, author of Nonzero.
In the intro clip, he says, in short, that we’re all part of one deep organizing brain now, a brain with multiple features and intelligences.
It seems very clear that information is always the key that unlocks the social dynamics of a people, and that information is more than just logic and statistics. Information is also the intuitive observances of people. It’s what enables a group of children, like the ones in this clip below, to figure out how to use technology, teach other how to organize the information on the Internet and then learn from it.
With the low cost of laptops now, we can have classes with hundreds of Lidias. And they can interact with classes throughout the world. Can you imagine unlocking the doors of several hundred students who have had no exposure to the thinking and the organizational abilities of millions of people, or just the thinking of a group of five people they have never met before?
Will they think in different ways? Will how they currently think, which is not exposed to the rest of the world, change, in small ways, the way other people think?

Education is a life force. A computer in the hands of one child, tapped into the Internet, can bring profound changes to their community. Creating A Collective In Your Classroom: Soulquarians as a Case Study 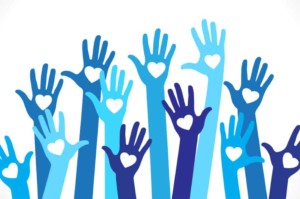