Great to have Gov Schwarzenegger late to the EdReform party, but his RttT-incentivized proposal, outlined in the LA Times, has little chance of passing the dysfunctional CA legislature. Some observers expect “the grand-daddy of fights.” But do you recall the Gov’s sensible proposal to change tenure-granting from the second year of teaching to the third? The CTA killed it with a $60M campaign.

I’m only slightly more optimistic about NY. Both states have laws prohibiting linking student data to teacher evaluation (NY’s is specific to tenure decisions). In addition, neither state has the required data system.

LA superintendent Ray Cortines has suggested the mega-districts like LA and NYC should be able to apply directly to RttT. Ray is a good man, but LA is bankrupt financially and educationally and would stand no chance of winning even if they pass Yolie’s proposal requiring a new school RFPs. NYC would stand a much better chance of winning—Klein’s reforms compare favorably to any state. However, Duncan team appears committed to the proposed language.

And, no I don’t think WV or other states without charters will/should qualify for RttT despite the lobbying that is cranking up. 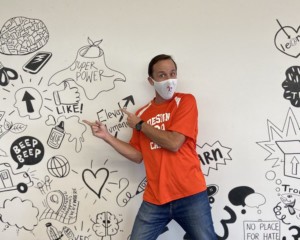