In 1995, I was sure that the explosion of the web would result in a good deal of online learning competition—and fast. I may have been right about the first but not the second. It took a dozen years for online learning to get big and competitive, but it is finally a force to be reckoned with. Next month there will be close to two million students learning online at home and at school.

Back then I was superintendent in Federal Way Washington, between Seattle and Tacoma. We were a founding district in Microsoft’s Anytime Anywhere Learning initiative and began rolling out laptop programs to all of our secondary schools. The brave new world of education blending the best of online and onsite learning seemed right around the corner.

In September 1996, we opened the Internet Academy, the nation’s first K-12 virtual school. It was a bootstrapped operation; a group of intrepid teachers staying a day ahead of the kids and testing the application of the state’s seat time requirements.

Enrollment quickly grew to over 1,000 students with about half new to public education (i.e., home and private school students) with an even split between students seeking acceleration and those seeking credit recovery. For most of a decade, Internet Academy had Washington’s virtual space to itself.

Things have changed fast in the last four years. All the major virtual providers now operate in Washington: iQ, Insight, Connections and K-12—three private equity firms and a public company—and they are all bigger than Internet Academy. Television and billboard ads targeting high school students abound during the back-to-school season.

This is all good news for students—there are more quality choices for one course, or summer school, or a full high school education. But it is tough for a school district to compete in the virtual space. They can’t afford to invest millions in curriculum develop or marketing. They can’t afford to lose money for a few years to build market share.

The online opportunity for students and competition for districts varies widely by state. Florida created a statewide program in 1997 and now serves over 50,000 students. To promote even more competition, Florida opened the state last year to outside providers and encouraged districts to pick a partner. Eighteen states allow virtual charter schools. At the other extreme, Connecticut and New York have protected districts and limited opportunities for students with no online learning programs or laws. California limits online providers by county boundaries. (see The International Association for K-12 Online Learning for a recently released summary of policies by state.) These geographic limitations on virtual learning reduce options for students and families and are an unfortunate artifact of our system of local control. Progress will remain politically constrained and online opportunity will remain very uneven by location.

Entering year 14, online learning remains an awkward adolescent. Private operators are now investing in second-generation curriculum and scaling up where allowed by state laws. Early entrants like Internet Academy face the difficult market choice to innovate, affiliate or die. For school districts, it’s time to incorporate online learning or face a decade of declining enrollment. For students and families, look around this fall—there may be new opportunities for learning online. 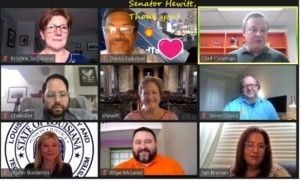 Smart Review | Inventing Ourselves: The Secret Life of the Teenage Brain Bio-Politics and The Implications of Ideology on Learning