1. Arne Duncan is proving to be the most outspoken leader the charter sector has ever had (ok, we’ll have to exclude Howard Fuller, he’s in a category of his own). ABC News pits him against Gerald Bracey, who claims there’s no data for supporting charters—Bracey just needs to get out more. This spring I visited schools run by High Tech High, Green Dot, Alliance, PUC, ICEF, Harlem Success—all dramatically better than neighborhood schools. The ability to design from scratch creates the opportunity for a coherent program—something difficult for traditional public schools to achieve because they are whipsawed by incoherent employment agreements and local, states, and federal policies. Here’s how Duncan puts it:

What distinguishes great charters is not the absence of a labor agreement but the presence of an education strategy built around common sense ideas: more time on task, aligned curricula, high parent involvement, great teacher support, and strong leadership.

2. Christina Martin had a great opinion piece in Oregon’s StatesmanJournal this week defending online education which has been capped in Oregon. Opposnents point to budget woes and Christina counters that they spend 40% less on kids learning on line—sounds like they should do more of that and save some money.

3. Colleagues just submitted an 800 page application for a charter high school in Bed-Stuy. They now prepare for four months of interviews, several stages of reviews, and lots of fund raising. The barriers to entry are high—charter applications often take two years and $30,000 to $40,000 to prepare. There’s a bias against charter management groups and the process is very difficult and expense for individuals to pursue, but none the less there were more than 25 applications submitted in New York City by the June 30 deadline. With charter caps in place, only about half of these will be approved. It shouldn’t be this hard to make a difference.

4. Shreveport Times reported that Paul Pastorek’s Recovery School District reopened two middle schools as charter schools. One will be operated by Sabis which has what appears to be a well-designed comprehensive curriculum. The RSD intends to return these charter schools to their home districts on or before their renewal period which may result in the schools dealing with a hostile authorizer. I appreciate the RSD’s aggressive action but worry about how this will all play out. Creating a state authorizer for RSD charters may be a better option than returning charters to their home districts.

5. Andy Smarick and Bryan Hassel—both guys I respect—have been arguing this week about turnarounds. I agree with both: charters can be used effectively as a turnaround strategy as long as they are given as close to new school conditions as possible. As Andy points out, we don’t know much about turnarounds, especially high schools, but we do know how to open great schools—charter operators do it with consistency. 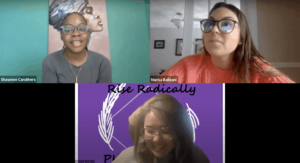