I come from a line of people committed to service.  Today we gathered to celebrate my grandmother’s 96 years of service.

Her house smelled of bread and pine paneling.  The first thing she’d do when you walked through the door was offer you weak coffee and banana bread.  Modestly and carefully dressed, she was prompt, courteous, and always worried about the needs of other people.  We prayed before meals and read scripture after.  She made me sleep in her bed while she slept on the sofa.

My grandmother was the original working mom.  Widowed early, she worked as a secretary to put her kids through college.  Her son went to war, came home, had a stroke, recovered, and was killed by a drunk driver.  She lived through things that people shouldn’t have to.  But she never lost faith and never stopped giving.

A friend recently pointed out that we’re both likely to be 5/7th of the way home ourselves.  One tends to think about these things at funerals especially when you stand in a graveyard with your mother among the graves of her father and mother, uncle and aunt, a brother, and a daughter.

I’m particularly interested in impact at scale—I’d like to make a big difference in life opportunities for low-income kids.   My grandmother’s ambitions were smaller; her theory of change providential.  I’m on my seventh plane flight this week and it’s only Wednesday.  My grandmother lived her life in one place extending simple kindnesses with great love.  But the impact analysis is quite impressive—an extended family, congregation, and community deeply touched by her service and generosity.  It makes you think that Mother Theresa and Grandma Hazel were on to something. 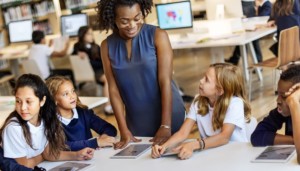 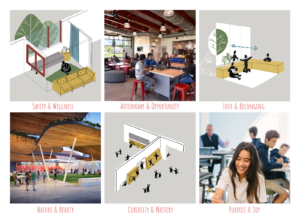 A Spatial Paradigm for Thriving Learners

Your grandmother sounds like a very special person ... I'm certain she was very proud of the way you and Karen are living your lives.

...and we are committed to continue her legacy!

"My grandmother lived her life in one place extending simple kindnesses with great love. But the impact analysis is quite impressive—an extended family, congregation, and community deeply touched by her service and generosity."
I love this, Tom. Even as she lost her mind to dementia, her heart was set so right by faith that "simple kindness with great love" overflowed as her first nature.

Wow - Simply kindness really is a great way to summarize her life... Even though Gram Q & Mother Theresa were fairly petite/small they sure did leave big shoes for us to fill in the department of love & kindness.