Pathbrite, announced today that it has completed a $4 Million Series A2 financing round that extends the $2.5 Million Series A financing round announced in June 2012.  That brings the total raised to $8 million.
Pathbrite is the leading provider of portfolio services to K-12 and higher ed.  They made the announcement at SXSW where they launched last year.
What’s really interesting is that ACT, the U.S. leader in college and career readiness assessment, is leading the round of financing.  “At ACT, we believe that assessing and celebrating achievement should always go hand in hand, and that is why we’re proud to support Pathbrite as it rapidly builds the industry standard for next-generation education portfolios,” said David Cumberbatch, chief strategy and marketing officer of ACT.
Also participating where ReThink Education, Josh Mailman and existing angel investors.
Pathbrite CEO Heather Hiles said, “We’ve grown our user base to include nearly 100 colleges and universities, signed distribution deals with both Pearson and McGraw-Hill Education, introduced accessibility features, and completed implementations at a range of public, charter and private schools in districts across the country. The momentum is truly exciting and we’re grateful to our investors for their continuing faith in our work.” See the Getting Smart January feature on the Pearson partnership. 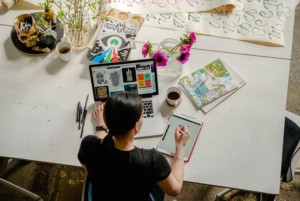 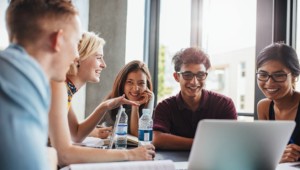