This week, Editor Paul Glader published an interesting Q&A with Irishman Mike Feerick on his current project, Alison.com, on Wired Academic. According to Feerick, Alison.com is the new Khan Academy – and has more to offer. View a condensed summary of the Q&A below:

BERLIN — In the camp of free online learning, Irishman Mike Feerick believes his Alison.com has more to offer than the buzz-heavy Khan Academy. Feerick, a Harvard MBA and serial entrepreneur, has an impressive track record at several startups including his current project: Alison.com. It offers 300 free courses online that lead to training certificates and it has more than 700,000 people taking the courses globally. Mr. Feerick, an Ashoka Fellow, says the enterprise has turned the corner on profits in recent months. “I think we’re proving there is a market for free education online,” he said recently over coffee in Berlin. He points to the United Nation’s 1948 Declaration of Human Rights, Article 26, as justification for his business model: “Everyone has the right to education. Education shall be free…” He’s a key figure in the open-source learning world and a rival of sorts to Salman Khan. Wired Academic editor Paul Glader recently interviewed Mr. Feerick:

WA – And how did Alison first start?

MF – In 2005, I kind of had a Eureka moment. I could see that server costs and broadband costs were going down and, at the same time, one’s ability to monetise any one page of web-content was going up. I realized then that one day, all education could therefore be available free online. I also saw what a scalable business this could be. I had a company that was turning over $1 million a year. I went home to my good wife and told her my idea to put courses on the web for free. I believed that, further down the line, we’ll be the pioneers and leaders in this area. In 2006, I had to start thinking how I would do this. What platform will I put it on, and how I would design it. In April 2007, we launched Alison with our first free customer and six courses.

WA – How are you different from the Khan Academy or other players in this space?

MF — There are very few people doing what we’re doing. I’m trying to prove you can do this from the bottom up – asking for as little money as possible for what we do. If you can’t access scale, then this doesn’t work. The amount of money we make per learner is actually very small. It is increasingly difficult for 90% of incumbent players who want to charge huge margins and employ a sales force. We dispense with all of that. It’s just straight on the web. You either like it or you don’t. It’s a freemium model. There’s a couple of distinctions of how we work. If you’re an individual, nearly all the services we offer you are free. What you “need” to learn online is free, what is “nice” for you to have, you pay. When an organization gets involved, we do charge. When an organization comes to us and says, “we don’t have a budget,” we work with them. Our social mission is important to us. Learners in the developed countries are essentially paying for those in developing countries. We focus on creating learning products that can compete in the United States, Ireland or anywhere. Advertising is just one revenue element driving the site.

WA – Where are the most important innovations happening? And how does your courses relate to those innovations?

MF – Our competitors are also interested in that. There’s a lot of casual learning out there where people pop up YouTube and find out how to do something in 2 minutes. We cater for someone different. We cater to someone who is interested in psychology and want to take a whole course in psychology. It’s for the person who says, it would be great if I don’t have to pay for it. But where do I go to do that? We have 2 products – certificates and diplomas. If you start doing the Psychology course and don’t like the subject or have time to complete it, you can stop the program. If you were using a for-profit college and were using the University of Phoenix… a $10k charge on your credit card could show up. 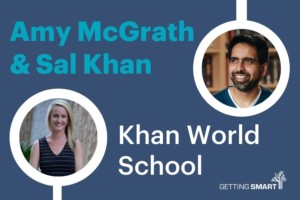 Alison.com is a grate resource for people seeking to study online. This website allows individuals to study at their own pace at an affordable price; with the option of starting and finishing study materials then paying after. I think everyone should embrace Alison's concept of distance education and the diverse study materials they offer. I highly recommend this institution.