Phi Delta Kappan International (PDK) and Gallup released today its 2011 poll, an annually-conducted research instrument measuring public attitude and opinion toward public schools since 1969. The poll gives parents, educators and legislators a view into the opinions of the public.
This year’s PDK/Gallup poll showed a great appreciation for teacher, local schools and school choice. The report found that more than 69 percent of Americans say they have A- or B-grade confidence in the educators teaching in public schools, compared to 50 percent in 1984. Forty-one percent of the public also gave President Obama’s national education efforts a letter grade of an A or B. Yet when looking at governors and teacher unions, the poll found the public less supportive.
When looking at the problems that the American education system faces, the poll found that the public believes a lack of funding, a shortage of teachers and low teacher salaries to be leading contributing factors. In addition, it found that Americans are conflicted over whether standardized test scores should be published as well as the effectiveness of college in readying students for the world of work.
“Americans expect, even demand, quality — in the food they eat, the clothes they buy, and the cars they drive. And they expect high-quality public schools,” said William Bushaw, executive director of PDK International and co-director of the PDK/Gallup poll. “This year’s PDK/Gallup poll shows that Americans believe the key to good schools is high-quality teachers. Interestingly, they have mixed opinions whether state governors or education leaders are the ones who can better ensure that our schools provide the quality they expect.”
Read the highlights from the 2011 PDK/Gallup poll. Click here to download the full copy of the report. More information about the PDK/Gallup poll can be found at www.pdkpoll.org. 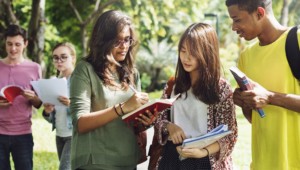 Why Students Need Practical Skills and How to Teach Them