The Washington Post reports that President Obama will mount a fresh attempt this year to rewrite the No Child Left Behind education law, a top administration official said this week.  Top Congressional Republicans are looking to find common ground to overhaul the 2002 law.
The LA Times reports that the Los Angeles Board of Education selected John Deasy to be the city’s new superintendent. Deasy previously led three school districts (including Santa Monica-Malibu Unified School District and Prince George’s County Public Schools in Maryland) in more than 12 years as a superintendent and worked for the Bill & Melinda Gates Foundation. The article highlights the fact that Mr. Deasy doesn’t fall neatly into one clear ideology around education reform: “He was raised in a strong union household yet challenges work rules fiercely defended by unions. He supports making it easier to dismiss teachers but also insists that a school system cannot fire its way to success.”  EdWeek provides additional coverage. edReformer comments on the challenge of being an urban school district leader.
EdWeek reports that Governor Mitch Daniels called for a “major revamp for Indiana’s education system” in his State of the State address last night, using half of his speech to promote his education proposals.
NJ Spotlight and the New York Times covers Governor Chris Christie State of the State address, in which he put education reform front-and-center.  The governor called for charter school expansion, a voucher program known as the Opportunity Scholarship Act, and a major overhaul of teacher tenure. 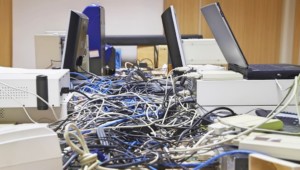