For most of this decade, I’ve been obsessed with Thomas Homer-Dixon’s Ingenuity Gap; the problems we face grow in complexity while our civic problem solving capacity erodes.

The challenges we face converge, intertwine, and often remain largely beyond our understanding. Most of us suspect that the “experts” don’t really know what’s going on and that as a species we’ve released forces that are neither managed nor manageable. This is the ingenuity gap, the critical gap between our need for ideas to solve complex problems and our actual supply of those ideas.

The Great Recession was caused, in part, by the unintended consequences of a public policy created housing boom and the unmanaged risk of derivative instruments.  The Gulf Oil spill and the drowning of New Orleans after Katrina are examples of horrible manmade disasters when complex systems broke down.  Global warming, Afghanistan, need I say more.
Our political parties have become more partisan.  Our elections have become commercial food fights.  Our congress lacks the ability to have a rational discussion about entitlements and the public spending bankrupting the country.  The third sector may be our only hope of closing the ingenuity gap–smart NGOs that create clever interventions, make risky bets, build smart public platforms, change minds, and get things done.
My friend Michael Lindenmayer pointed me to the Digital IQ Index for public organizations.

Emerging platforms facilitate the transparency that candidates and advocacy groups commit to, and call for, and have ushered in a new era of two-way communication. Constituents now vote in real time with their browsers, opining, advocating, and donating. In addition, these new mediums provide oppor- tunities to generate efficiencies in what will likely be an era of cost cutting. However, while digital empowers our democracy, many of the organizations tasked with tackling our nation’s toughest challenges are still in the early stages of unlocking the potential of these new platforms.

The sponsoring think tank, L2, rated 100 leading agencies and NGOs on their web site (40%), digital marketing (30%), social media (20%), and mobile outreach (10%).
NASA, the White House, PETA, and US Army were the only four entities awarded with the “Genius” category.  While digitally savvy, their results in the last two years don’t seem to warrant the genius label, so maybe a good website isn’t enough.
NASA.gov is a spectacular site with about 3.5 million monthly uniques, but I get the impression that they have struggled to achieve relevance in K-12.
The State Department was number 10 on the list, rated ‘Gifted.’  Apparently communications security was not a consideration.
The most surprising statistic was that the Tea Party Patriots claim more facebook followers than all other political parties combined.
L2 produced a beautiful report with lots of food for thought.  I’m not sure the rating system produces a through-line to impact. On the other hand, I suspect it’s nearly impossible to produce a substantial social impact today without a well developed new media strategy. 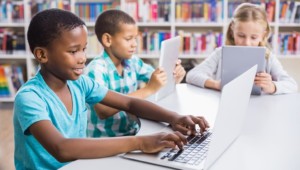