Until anyone can figure out the real stories behind Facebook CEO Mark Zuckerberg’s grant to Newark Public Schools, bloggers are having a field day offering advice, and writing bloggy thoughts about what it all means. We don’t really know what it means. Eduwonk blogger Andy Rotherham has five “lessons” for Zuckerberg in the 26-year old entrepreneur’s first foray into match granting in public education.
But before we read them, I think there are interesting “newsy” questions to ask about this grant. Zuckerberg says he was interested in doing this after meeting Newark Mayor Cory Booker and feeling inspired to help, after getting a glimpse of Booker’s vision. But who were the other participants in this effort? Zuckerberg had originally claimed he wanted to give his gift anonymously. Who persuaded him to go public? Who were the people who helped Zuckerberg craft the “strings attached” portion of this grant, namely, that Mayor Booker would have to be given some control, and that Newark would be a proving ground for New Jersey Governor Chris Christie’s efforts on school reform? I like these questions, because I think they would tell us more about how the money would be spent, which we don’t know.
Here are Rotherham’s cues:

Go big or go home. Philanthropy can make a real difference in education. After all, we record high school credits as “Carnegie units” for a reason. It’s true that there have been some high-profile misses, such as the chaos unleashed in New York City by a school decentralization effort led by the Ford Foundation during the 1960s or the disappointing results in the 1990s of billionaire Walter Annenberg’s $500 million “Challenge to the Nation” that spread the money over a slew of locally designed projects to improve America’s schools. But even today, with all the philanthropic activity around elementary and secondary education, the total amount of philanthropic giving still amounts to less than 1% of annual spending on schools. That’s why going deep is better than going wide if you really want to try to make some lasting change. Today the Bill & Melinda Gates Foundation, learning from some of its earlier efforts, is focusing extraordinary resources on a few cities — Memphis, for example, is getting some $90 million in grants — in an effort to dramatically improve measures of teacher effectiveness.(Read about Gates’ climate heresy.)
Don’t just add to the status quo. Change it. Overall, the history of education grantmaking consists of the steady drip of well-intentioned efforts that ultimately bring about little durable change. In 2005 education analyst Jay Greene noted that philanthropic spending on schools amounted to about $1.5 billion annually, but only about $300 million of that total was targeted at activities likely to leverage changes to how schools or school systems operate. The other 80% reinforced existing routines. Greene noted that the most successful initiatives do not just add water to the river of American education funding. Instead, like the Army Corps of Engineers, they set out to change the flow of the river. (See what happens when you rate teachers.)
Focus, focus, focus. The most successful grantmakers have a coherent strategy. They don’t dabble in one thing after the next or spread their money around like peanut butter. Whether it’s the Broad Foundation’s work on school management, the Walton Family Foundation’s intense support for school choice options, or the Joyce Foundation’s support for changing policies affecting teachers, these foundations share a deliberateness and focus that leads to results. (Comment on this story.)
Trust but verify. If certitude were oil, public schools wouldn’t need the largesse of people like Zuckerberg. There is no shortage of experts on all sides of every debate peddling sure-fire solutions. In urban education, there are organizations that for decades have produced little in the way of transformative results but still limp along dispensing advice. Successful grantmakers listen to divergent points of view, are empirical rather than ideological, and internalize and learn from smart criticism. They are not easily fooled.
Don’t friend me. Public education in the U.S. isn’t working well for millions of students, and the special-interest politics are tortuous. That means in order to be successful, any philanthropist must cause a lot of disruption and consequently upset plenty of people, including the teachers’ unions, which are already making noise about the changes ahead for Newark. If you just want to be liked, education reform is not for you. In other words, Mark, if you do this right, not everyone will be rushing to friend you on Facebook.
Read more: http://www.time.com/time/nation/article/0,8599,2022407,00.html#ixzz111sU16rE 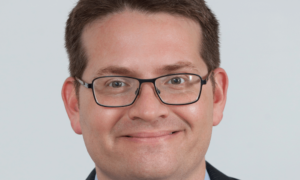