Tired of Waiting
The televised town hall after the Roc Center screening of Waiting for Superman was uplifting and frustrating simultaneously.  After a screening, Davis Guggenheim joined Joe & Mika from the MSNBC morning show along with heroes of edreform Geoff Canada, Deborah Kenny, and Michele Rhee.
To her credit, Randi Weingarten showed up knowing she’d get the short end of the stick; she insisted, “We can fix this system.”  When she squared off against Rhee, a subtle but important difference emerged.  Randi wants a system that helps teachers “do the best they can,”—she starts with the adults as a given.  Rhee starts with the kids and says, “Whatever it takes.“
It is hard to take Randi seriously as a collaborator after she spent $1 million to defeat Fenty leading to Rhee’s likely dismissal.
Rhee was tough and on point, “When you  look at the $100 million that New York City wastes on surplus teachers, you have to ask how is this good for kids?”
Geoff Cananda gets more powerful with every appearance.  He’s outraged that there is no downside to failure for the adults in failing school systems.  He describes it like a massive fire and the staff leaves at 3pm.
John Legend, an exciting new edreformer calls education the civil right issue of our time, “If you care about justice and equality, you care about education.”  Legend serves on boards of  Village Academy and Education Equality Project
Brian Williams hosted a patient two hour special with teachers before the screening.  There was some hopeful dialog but just as much predictable defensiveness.
Near the end of the town hall, Joe Scarborough said, “it’s not about charter schools.”  But it is, it’s about a set of conditions that allows a great group of teachers to assemble around a clear and focused mission, it’s about excellence in execution every day, it’s about doing whatever it takes to help students succeed.  Those conditions are very difficult to create in traditional public schools.
We’ll take a few steps toward becoming an Education Nation if the conditions for success are created in a few more cities as a result of this movie.  Legend summed it up, “These kids are our kids.” 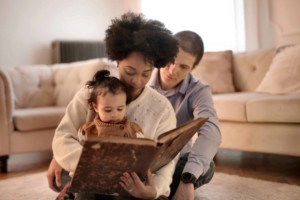 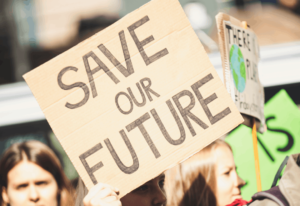 Climate at the Apex of Education Re-Design Tom, Are you serious about Rhee? Like the one million the AFT poured into Gray's campaign was the difference maker? Rhee lost the election for Fenty. Rhee, all by herself. It isn't about reform, it is about treating people humanely. She is no role model for children and those that think she is are just over-enamored with her bravado and "faux"; toughness. She is 100% responsible for HER behavior and HER actions and they cost Fenty. Reformers like yourself better wake up and smell it.
Randi looked awful tonight, she should have called Rhee on her nickel and dime BS.
Reform has been the status quo since A Nation at Risk in 1983. How does it feel to be perpetuating the status quo?

Don't think it was Rhee that defeated Fenty; she polled higher than he did. I think he lost it himself with help from the AFT.
Reform as status quo is an interesting/bizarre thought but, in many places we may have reached a strange homeostasis between poorly implemented standards-based reform with no/thin human resource reform (or bad input controls with a layer of ineffective output controls).

I am wondering why Randi Weingarten is the only panel member you refer to by first name.

Wow, think there's something subliminal there? In case it's not clear, I'm a fan of Michele, Geoff, Deborah

Tom - had Fenty won, would we say that he had done it with help from Ron Perelman and DfER contributions? Yes, the AFT gave a lot money, but the mayoral election had a national spotlight with money from many places, and in the end, despite the AFT, Fenty out-raised and out-spent Gray pretty substantially. If you didn't know much about the DC election, you would have thought the opposite was true after the EducationNation panel.
And I don't think you were trying to be subliminal, but I did want to point out that you used journalistic conventions with every other member of the panel and the one person you disagree with, you used the less formal convention. If you didn't do it on purpose, which I believe, I think your feelings about Weingarten influenced your writing. Hey, it's an Op-Ed, that's fine, but I still find it interesting.

I must really have no life, because I caught much of NBC's Education weekend, up to the President this morn. Saw a lot of Randi Weingarten.
One of the more hilarious moments is when she says with a straight face that she spent the AFT members' million because of 'many other issues besides education.' Yes, the Pittsburgh AFT members are probably deeply concerned about potholes in D.C. and convinced that Fenty doesn't care. Just as the NEA chose the 18th Ohio Congressional district to run ads supporting Cong. Zack Space because...their members wanted to see govt health care in rural Ohio?
Meanwhile, opponents are accusing Rhee of violating the Hatch Act.
Yet union reps employed by Title I schools (and D.C. schools) are explicitly exempt from said Act.

tom, is there any agreement in the reform community on what percentage of public schools nationwide are considered to be doing a great job? generally speaking?

Paul, no consensus on how many schools doing great job but would guess that if you combine EdTrust gap closer list with the DFER No Excuses list it's less than 5%

wow, lower than i expected... thanks for the info.