We don’t have many rock stars in education, but the few that exist were at 30 Rock, in Rainbow Room.  Howard Fuller called for more minority charter developers.  A powerful lunch panel including Joel Klein (NYC DOE), Geoffrey (HCZ), and Jim Shelton (USED) discussed the opportunity of crisis and the courage to enact real accountability—not just from USED or DEO, but all of us doing are part to hold districts and states accountable.

In an American Idol pitch session, it was clear that the members believe that advocacy—public, local, state, and federal—was an important next step and an opportunity to protect and leverage successful charter school networks.  Disappointingly, there was less support for efforts to sustain urban Catholic education.  In customary style, Diane Ravitch hated everything.

Some of the Roundtable members attended the Harlem Success Lottery last night—a wonderful and terrible day for families.  Some get in, most don’t.  It’s hard to believe that with demonstrations of demand of this sort that community and state leaders don’t get behind charter expansion.  A young filmmaker caught the drama leading up to and culminating at the Lottery.  I hope Gov. Patterson gets an opportunity to watch the film.

3. Charter growth won’t be as fast as President hopes

WSJ reports, “Obama Wants to Expand the Alternative Program, but Laws, Labor Unions Will Make That Hard to Achieve.”

Even with huge waiting lists and support from the President and Secretary Duncan, there’s little political movement to increase the supply of charter schools, reports the WSJ. More precisely, the union opposition to expansion is stronger and more focused than parent support; “unions are using any missteps at charter schools, which typically aren’t unionized, to oppose their expansion.”

Most school districts aren’t charter fans either.  Because districts lock in their cost structure with complicated employment agreements, they’re not very good at managing down the cost curve as kids flee to local charters.

“I think charter schools are a great idea,” says (Massachusetts) state Sen. Robert O’Leary, a Democrat who chairs the state senate’s education committee. “The problem is, they tend to be a more expensive idea.”

In fact, charters usually operate with far less money than traditional public schools and don’t receive any facilities funding.  Sen. O’Leary’s mistaken impression is a result of strange state budgeting practices.  Where funds follow kids, there’s no incremental cost.  For example, if the 3,000 High Tech High kids reverted back to San Diego, it would increase cost by at least $6 million per year and would require a $100 bond for more facilities.  Charters are saving money and delivering better results. 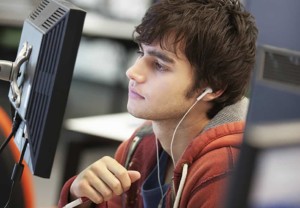