At least Zoom lets you know when you are the host. Nobody tells a new school or system leader that when they step into their new responsibility, they are the host of a community conversation.

A conversation opens with a question not an answer–it’s facilitation. It’s about who is invited and who has voice.

A conversation is a safe space where different views are welcome but attacks are not–it’s moderation.

Conversation is creativity–it’s an act of design. “The most powerful thing about applying creative constructs to the conversations that you make is that they can help balance power, protect from inequities, and do it in a way that’s built into the very structures that govern the conversations,” said Fred Dust, author of Making Conversation.

A conversation is a dialog–it’s not a campaign. (Campaigns can raise visibility– just don’t mistake telling for listening.)

A conversation moves a community forward–a bridge from thinking to acting. A conversation can yield agreement–but after intent is announced, stakes are explored, and terms of mutual consent are created.

A school staff conversation can yield an improvement agreement (e.g., “Let’s do things better next week”).

A community conversation can yield an innovation agreement (e.g., “Let’s do something different hoping for dramatic improvement”).

Edleaders host conversations that shape the way the community thinks about young people and its future. 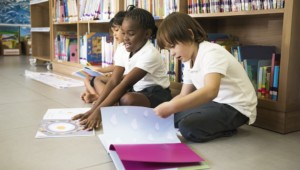