Children getting a good early start, educated by well-prepared and diverse teachers with young people ultimately enrolling in and finishing college—those are all goals sought by the Commit Partnership (@Commit2Dallas), which serves as the local community infrastructure working to extend those desired outcomes to all learners in the North Texas region.

Founded and led for the last eight years by its unpaid CEO Todd Williams, a former Goldman Sachs partner, the Commit Partnership is a coalition of over 200 Dallas area school districts, higher education institutions, businesses, foundations and nonprofits working together to equitably increase postsecondary credentials and median income for the 800,000+ students in the region, with an intentional focus on closing existing and sizable income and racial gaps. It is the largest educational collective impact organization in the nation, and is part of the national StriveTogether network of regional partnerships focused on equitably improving educational outcomes across the U.S.

Commit is where collective impact meets data warehouse. Over a third of the 60-person backbone team at Commit are former educators who work on collecting, analyzing and sharing data insights with partners and regional and state decision-makers. They do this to influence the adoption of best practices as well as increases in private and public funding streams to help scale proven initiatives.

The first of its three incubated regional initiatives is Early Matters Dallas. This broad coalition of early childhood practitioners and advocates is collectively raising awareness on the importance of early learning and the adoption of best practices, which have been proven to increase Kindergarten readiness and third grade reading proficiency.

Best in Class, formed in partnership with the Communities Foundation of Texas, focuses on attracting, preparing, developing, and retaining highly effective and diverse teachers and school leaders. One example of their work has been spreading the practice (known as ‘ACE’) of identifying a district’s more effective teachers and leaders and then financially incenting them to work in historically challenged schools, augmented by robust professional development, extended learning time, and after-school enrichment.

The third and largest incubated initiative is the Dallas County Promise (featured here), which provides an affordable and supported path to postsecondary completion aligned with high-demand jobs. At its core, the Promise is a ‘last-dollar’ scholarship from the Dallas County Community College District Foundation, provided in close partnership with area four-year universities providing tuition-free scholarships for students with family incomes below $50,000. Student success is enhanced by a robust data infrastructure that tracks every participating student from high school to higher ed to workforce, creating an effective accountability and intervention system that is further supported by assigned coaches and soon-to-be-provided mentors, who can intervene when needed.

Policy advocacy is the fourth capability incubated by Commit—and it worked in a big way during the last legislative session with the passage of House Bill 3, a landmark school finance bill that will pump about $6.5 billion in additional spending into Texas schools.

“You could not overstate the magnitude of the law that I’m about to sign because this is a monumental moment in public education history in the state of Texas,” said Governor Abbott on the day he signed the bill. “We did something that was considered to be highly improbable, and that is to be able to transform public education in the state of Texas without a court order forcing us to do so.”

Commit and the statewide coalition it helped form (known as InvestEdTX and comprised of similar backbone organizations in other parts of Texas, as well as numerous business and nonprofit entities) had a lot to do with that ‘monumental moment.’  Williams served on the yearlong bi-partisan Texas Commission on Public School Finance and chaired its outcomes working group. The Commission’s report, “Funding for Impact: Equitable Funding for Students Who Need It the Most” outlined 35 recommendations and served as the basis for the HB3 legislation.

In a letter to the commission chair, Williams said, “Public education cannot be what our country needs it to be if we don’t sufficiently invest in our children to provide them the resources that they need to have an equal chance to thrive in our society.”

The remarkable bill provides sufficient funding to enable full-day, high-quality Pre-K for the state’s quarter of a million low-income and English learner four-year-old students; it raises the state’s basic student allotment from $5,140 to $6,030 per student, an $890 increase; and it substantially raises the minimum teacher salary schedule while including additional funding that can provide as much as $32,000 of additional compensation for the state’s most effective teachers if they agree to teach in Texas’ most challenged schools.

Other provisions include additional compensatory funding for low-income students, professional development for personalized learning, financial support for dual language learning and up to a month of half-day funding which districts can match to extend the elementary school year to levels consistent with leading educational nations such as Singapore and Finland.

The bill includes $140 million for strategic compensation to allow Texas school districts to opt into developing internal evaluation and the compensation systems to support differentiated support and teacher pay so higher-performing teachers can earn more money to stay in the classroom.

The most innovative provision of HB3 is a performance bonus of $5,000 per student ($3,000 if the student is not economically disadvantaged) for every graduate that enrolls in a meaningful postsecondary pursuit (including the military) without the need for remediation. This innovative incentive—the first of its kind—could help fund a generation of high school innovation focused on substantially improving the number of Texas students achieving living-wage careers.

Numerous commission recommendations have relied on evidence of success in North Texas. John Fitzpatrick, CEO of Educate Texas, noted that results from the Teacher Excellence and the Accelerating Campus Initiatives found in the Dallas Independent School District proved valuable in formulating some of the policies incorporated into HB3. The School Finance Commission and HB3 also relied on early successes seen in the college readiness initiatives of the Dallas County Promise.

El Paso Superintendent Juan Cabrera said, “The two things that mattered in the passage of HB3 were Todd Williams, and more visible support for public education.” He also noted recent election results for candidates running on education platforms as well as the work of Educate Texas, Raise Your Hand Texas, the Texas Association of Latino Administrators and Superintendents, and the Texas Urban Council of Superintendents.

“Dallas ISD Superintendent Michael Hinojosa spent more time than any superintendent in Austin in support of the bill,” said Cabrera (who also made many spring trips to the capital to advocate for Texas students). The fact that there are so many signs of progress in Dallas ISD made the Commit case compelling.

Confirming the pivotal role that Hinojosa and Dallas’ examples played in support for HB3, Fitzpatrick added, “Todd Williams and Commit get huge applause for their data analysis and advocacy.”

“[We have] the chance to change the narrative about teaching by getting thousands of teachers [to] earn more than $100,000,” Fitzpatrick said.

Texas HB3 is the most important school finance legislation in a generation. The scope is breathtaking and innovative provisions will be studied nationally in the coming decade.

Effective school system leadership and business-backed advocacy laid the groundwork for a new era in education—in Texas and beyond.

For more on Dallas, see: 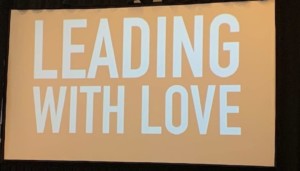