Educators across the country are using Augmented Reality to bring their lessons to life.  Augmented Reality (AR) provides an opportunity to digitally enhance the real world. Before we jump to the lesson creation, let’s go over the lingo.

Aurasma – a leading AR platform. This includes the Aurasma app and Aurasma Studio website.  The app is available in the iTunes App store and Google Play.

Aurasma Studio – an online site where you can build Auras.

Trigger Image – the image that you point the app at to see the digital content.

Overlay – this is the digital content that users see when they point the app at the Trigger Image. Usually overlays are images or videos.

Aura – auras are created when you join the Trigger Image and Overlay in Aurasma Studio.

Channels – You create channels to organize your Auras. Users will need to follow your channel to see your Auras.

I’m not going to lie to you, creating an AR lesson does require some front loaded work.  The benefits, though, are worth it. The first AR lesson I created was with our 5th grade Social Studies teacher. 5th grade Social Studies has a standard that requires students to know how to contact their elected representatives. Generally, this involves a boring web search for their addresses. So, we decided to spice it up with AR.

First we chose 6 elected officials, 2 local, 2 state and 2 national. I did an advance Google search to find images free to use and downloaded pictures of each official.

I then created short iMovies for each person. The iMovies were just titles that gave the person’s name, a little about their work, where they work and how to contact them.

Then I uploaded both to Aurasma Studio. I created a channel and then created the auras.  I set the overlay video to loop so the students would see it over and over.  They were recording the information on a worksheet so they needed ample time to get the information.

We used five school iPads for the lesson. I knew that all the iPads had Aurasma but I had to go to each one and subscribe to my channel. Student could do this step but I knew the teacher was tight on time so I did it for them.

I printed pictures of the 6 officials and we posted them in the computer lab and the teacher’s room. Groups of students moved from picture to picture watching the aura and recordinging information. They had record the person’s name, their office and address. They also had to determine if they were a local, state or national representative.

Everything I had heard about AR was about how wonderful it was.  The demonstrations I had seen were awesome.  And those things are true.  But creating the Auras was not an intuitive as I had expected. I started with the app, thinking I could create straight from there.  You can create Auras from the app if you have the Trigger Image and Overlay on that device.  I watched several tutorials from www.twoguysandsomeipads.com that were super helpful. But I still couldn’t make my Auras work. So I jumped on a Google Hangout with my friend, Andrea Keller. Andrea created an entire Christmas Tree with AR ornaments.  She told me about the correct size picture. I used PicMonkey to resize the images and started again.  Then it worked perfectly! Creating content can be time consuming as well. My videos were short, about 12 seconds, and took just a minute to create. If you have access to content for your Overlays, creating the Auras will be much quicker.

I am so glad I learned how to create Auras. Especially for this particular lesson. The students enjoyed learning the material in a new way and moving from picture to picture.  Now I’m ready to search for more ways to use AR in the classroom. Have you used AR in your class? Tell us how in the comments so we can learn from you! 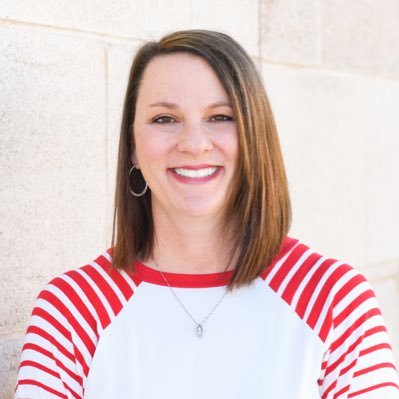 Aimee Bartis is a veteran teacher and an Educational Technology Specialist in Texas. Great article, Aimee. Your students are very fortunate to have you as their teacher. I love your willingness to try new things and incorporate technology like AR into your class curriculum. Keep up the inspirational work for those of us who need to be inspired.