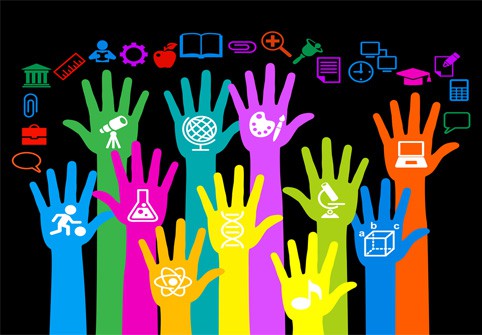 I had the opportunity to speak with David Edwards, the CEO of Ignite Learning Partners, Inc. in my continuing quest to crack the code on the Generation Z learner. Edwards began his career in education as the director of education and training at the North Carolina Global Transpark. From there he became the chief technology officer for Lenoir County Schools in North Carolina. Next he became the chief communications officer for the North Carolina Virtual Public School (the second largest virtual school in the nation), where he was my boss. Most recently, he has co-authored iNACOL’s “Measuring Quality From Inputs to Outcomes: Creating Student Learning Performance Metrics and Quality Assurance for Online Schools” and he’s a guest blogger here at Getting Smart.

Edwards made the jump to the private sector about six months ago. Ignite Learning Partners, Inc. works at the local level to create education programs that meet a community’s needs for a well-trained, adaptable workforce.

The following is a recap of our conversation about Gen Zs:

Adam: Tell me about these Gen Zs. I’m not sure which is more challenging, educating them or raising them.

David: Good point! And having a daughter and stepson who are living and breathing this, I see four big pieces that make up the Generation Z learners.

First, they are all about instant Information.  They have access to content at their fingertips. They are the Google generation.  You ask them a question, and they find quick answers.  When they need homework help, they turn first to the Internet, not a parent or tutor.

Third, Gen Zs are driven by a need for curation and discovery versus being told how to do it.  They love to build new things with the information presented to them and they want to do it “their way.”  They are seeking out topics that excite them and are relevant to them. We have to figure out how to tie all of that back to their learning.

Lastly, they have a huge social mission because they see everything going on in the world, and they are looking for a sense of mission. They are turning to the Internet to create blogs, Facebook groups, and Google hangouts to really take on the challenges of social justice.  To reach them, to do business with them, you need to do it through a social mission.

Adam:  The social mission is really a big difference from when we were that age. We had no real way to interact on a social-mission level.  The same needs were there; it was just difficult to get involved.

David:  There are two aspects to that. We didn’t have access to the knowledge as readily as they do today. They access knowledge through the Internet, twitter, their phones . . . those messages are constantly in their face.  The newspaper was our main way to access current information, and it was very difficult to get involved. Involvement in social missions had to be live in real-world time. You had to be part of a missions group, or your family had to be part of the community chamber to get involved, but now Gen Zs can just get involved through online communications at an unprecedented level.

Adam:  An example, I think, of this is Kony, the warlord who was forcing children into his army.  That meme, the concept of “invisible children,” spread through the Gen Z crowd like wildfire with kids reposting, researching, and expressing their outrage. The Internet has completely fueled their social missions.

David:  Yes, truly it has.  We have a prime example right here.  There’s a girl at my daughter’s middle school who has been diagnosed with a form of leukemia. The school posted a message  to raise money for the Leukemia Foundation on  RenWeb  that immediately went out as an IM to parents’ and students’ cellphones.  They sent the message out on Monday.  By Tuesday they had raised $415. The fact that they have the ability to crowd source and network and get feedback instantaneously makes them so much more powerful than we were at that age.

Adam:  The power they’ve discovered in crowdsourcing is phenomenal indeed. I keep saying Time Magazine’s Person of the Year should be the crowd in crowdsourcing.  Let’s change gears for a moment, and tell me about your time at North Carolina Global TransPark and how that’s influenced your professional career and your understanding of Gen Zs.

David:  The Global TransPark was a state-run economic development initiative that started back in 1998.  The role there was to take K-20 education and align it to the needs of global logistics around educational causes. It really helped me understand emerging fields of the millennials and Gen Z workforce.

Adam: What were the biggest changes you saw during that time leading up to your work as a technology director?

David: The biggest transition we saw was after 9/11 with the need to examine technology from a security perspective and how technology and education both became national security issues.  All of that leads into what we see today where workers can operate in virtual environments and how we transition K-12 students to learn in virtual environments. My daughter was one-year-old when 9/11 happened, and she, her age group, I’m not sure they realize how much that event impacted their world — how we do business, even how we teach.  Terrorism, recession, technology, instant gratification — it’s  just the way the world is for so many of them. They don’t know anything different, and some of that appreciation for how we got here has been lost. It’s one of the things with Ignite that has really driven my passion, how to really take all of that “stuff” from 2001 to today and make it relevant to our students.

Adam: I’d like to expand on that. I remember thinking during 9/11 “Everything I know about the world changes today.  And I’ve got a 2-year-old and 6-month-old.  What will the future hold for them?” And when I look at these kids, our Generation Z crowd, they’ve really grown up in a much more difficult time than the generation before them.  I mean, look back to the 90s and how comfortable the world seemed back then, and going back to the 80s, as well. But for the Gen Zs, like you said, our country has always been at war and and in this pretty difficult recession for a long time.  They might have a parent or know someone who’s lost their job, lost their home.  I see us working our way out of this, but they’ve grown up, certainly in their formative years, in a pretty tough world. Do you see them as being tough kids who grow up to be a tougher adult?  What’s your take on that?

David: I see two divergent paths with Generation Z learners. One has, yes, grown up in these difficult times, and they look for social causes and look for ways to change the world and solve the problems that we have. They bring their gaming mentality right into real-world problem solving.

But then I see another group, within that group that I was talking about, that has always known this world, and unfortunately it’s the norm for them and they always operate within these norms. They can’t get past the instant gratification part. They don’t understand how their knowledge and how their skill set can impact their situation in the world or even change the world. Basically, they just want to exit and “get by.” So that’s very polarizing and makes it very difficult for educators.

Adam: What role does technology play in this gap, either closing it or causing it?

David: While we have made great strides in closing the gap between the technology “haves and have nots,” those who do not have access to 21st-century tools continue to fall behind when it comes to digital literacy. We are seeing a national social movement to try to close the gap with technologies that are cheaper, but until it becomes ubiquitous, our problem will continue to exist. Developing a social mission is probably the most important item edtech entrepreneurs can put in their business action plan. I firmly believe that we will continue to see pockets of innovation, but full “disruption” can’t occur until we learn how to get the tools in the hands of those that need it the most.

Let me stop the conversation here.  It took an interesting turn into community action and how we can bridge the gap between schools and local entrepreneurs who want to reach out to the Gen Zs with tutoring, mentoring, job training, and internships.  More on that in another post!

Arguing for Agency: One Student-led Classroom Debate at a Time