If you’re not speaking Generation Z, it’s time for a primer.

The Gen Zs are the kids born somewhere in the early to mid 1990s up through 2010. They fill the classrooms of the K-12 educators. An exact starting point and stopping point are always unclear in generational labels, but this group has the distinction of living in a world that has always had the internet. Note that the Gen Zs do have an end date, somewhere around 2010. The next group? Generation Alpha. Their distinction: Gen Zs on Red Bull.
I’ve pored over numerous resources and have catalogued the Gen Z characteristics into seven broad categories that encompass everything from education to socialization to commerce.
You can also see the list here, but I would like to make this a living document.  If you’ve discovered other Gen Z trends or characteristics, please comment below!  I will continue to curate the list.
At a Glance

In the World of Commerce

Dangers for the Gen Zs The One Thing Innovative School Leaders Should Do Before School Ends 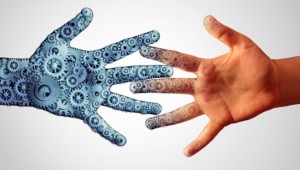 Education is about to radically change: AI for the masses